A remote monitoring system that uses wearable technology developed by a team of bioengineers including Lionel Tarassenko is now being used with COVID-19 patients on the isolation ward at the John Radcliffe Hospital.

Professor Tarassenko and his colleague Professor Peter Watkinson (Nuffield Department of Clinical Neurosciences) have been leading a team of biomedical engineers and medical researchers to develop and test the concept of a virtual High-Dependency Unit (vHDU) for the past 18 months.

A vHDU is a general ward in a hospital in which high-risk patients are monitored using a new generation of wearable sensors measuring pulse rate, respiratory rate and blood oxygen saturation, combined with Bluetooth-linked tablet computers and smart alerting algorithms. The twin aims are to reduce the burden on nursing staff, allowing them to perform vital-sign observations for high-risk patients at the same rate as for lower-risk patients (typically four-hourly), and to improve early detection of abnormal physiological parameters.

It became clear at the end of February that the technology and software developed for the vHDU research project could be adapted for the isolation ward for COVID-19 patients in the John Radcliffe Hospital (John Warin ward). For those COVID-19 patients who do not need to be ventilated, it is important for their recovery that they should continue to remain ambulatory, and so the wearable technology is ideal.

Drs Cristian Roman, Mauro Santos and Marco Pimentel, post-doctoral Research Assistants from the Institute of Biomedical Engineering, worked tirelessly throughout the first three weeks of March to ensure that the modified patient monitoring system could be deployed soon after the opening of the isolation ward. The system went live with its first four ambulatory patients on the John Warin ward on Monday 23rd March.

The processed vital-sign data is made available to the nursing staff outside the isolation rooms using the hospital wi-fi, and is displayed on a dashboard which allows the physiological status of the patients to be tracked in real-time. The pictures show the wearable technology and tablet computer (Figure 1), and the real-time patient status dashboard (Figure 2), edited to remove any patient-identifiable data.

Sarah Vollam, a Critical Care Nurse Researcher, says, “The vHDU system looks fantastic running on the John Warin ward. The biomedical engineers have done an amazing job making the system user-friendly and intuitive, which is key to implementing new technology in a stressful environment. The nurses are very keen to use it to enhance not only their patients’ safety but also their own, by limiting their exposure to the virus”.

Lionel Tarassenko added, "It’s a huge privilege to be able to do something to help. All the patient monitoring research I have been doing for the last decade is suddenly being speeded up; what took months to set up is now taking days to accomplish. If we can save one isolated patient’s life by identifying deterioration early or save one nurse’s life by reducing her exposure to the virus, the project will have been worth it." 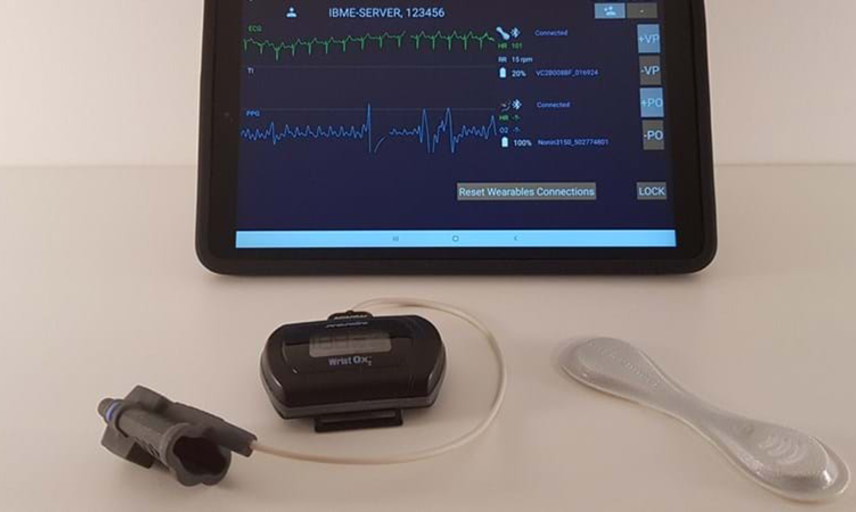 Figure 1: A wearable patch (to measure respiratory rate) and wrist-worn pulse oximeter (to measure pulse rate and oxygen saturation), are linked by Bluetooth to a tablet computer 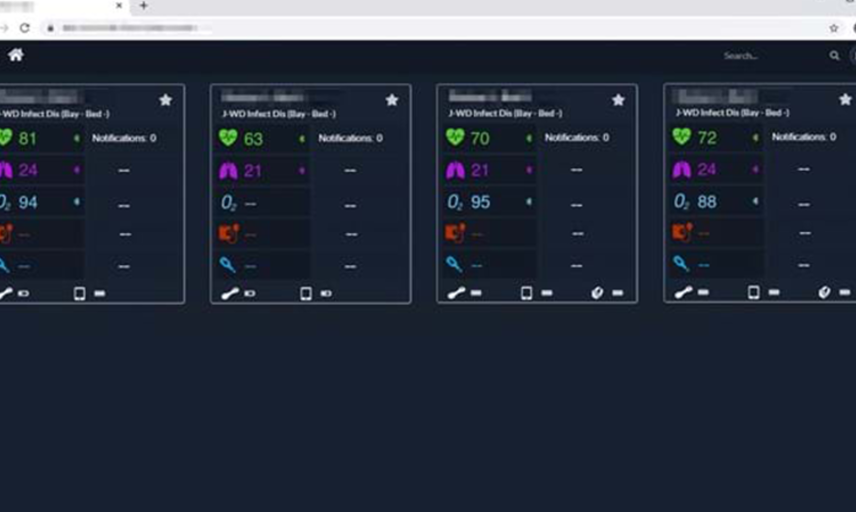